Own a piece of wartime history 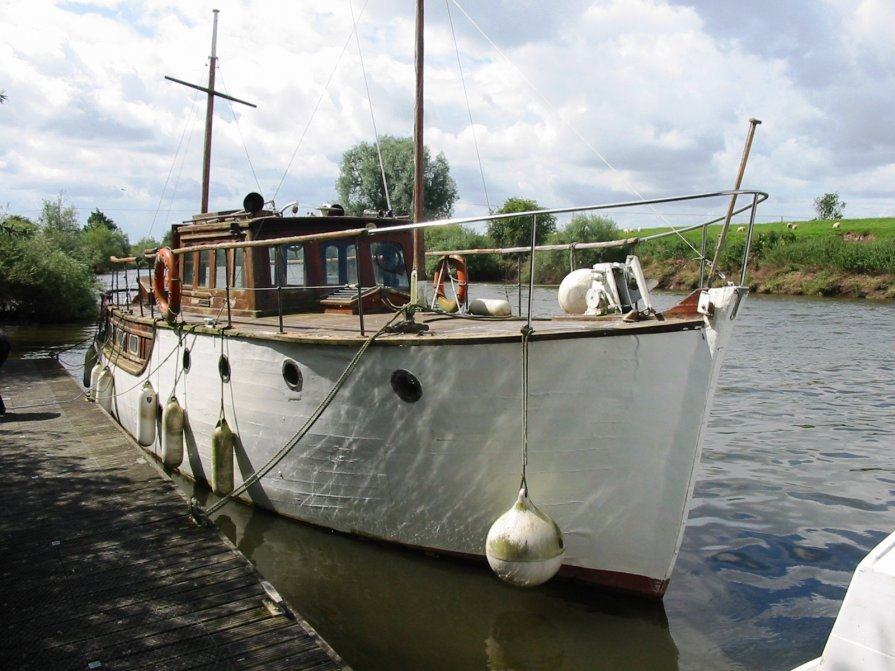 A 1936 DUNKIRK LITTLE SHIP designed by Thomas Laing and built by Strood Yacht & Boat-Building Company is offered for sale.

Get hold of your very own slice of naval and wartime history with this classic 6/8  berth vessel. Read on for more details along with some of her history...

Forty-Two was built for Norman West of Strood, Kent by the local boat-building yard to a design by Thomas Laing. A sturdy, traditional flush-deck motor-yacht with commodious accommodation boasting a full-width aft stateroom and sunken deck saloon.

Norman West a member of the Medway Yacht Club and Little Ship Club was only able to enjoy his new boat on the Medway for a few short years before Forty-Two was requisitioned by the Admiralty for Operation Dynamo in May 1940.

Forty-Two sailed from Sheerness under the command of Lt. Nimmo RNR with two ratings to lead a small convoy to help evacuate troops from the beaches at Dunkirk.

Following Dunkirk Lawrence Aldridge was appointed command of Forty-Two on armed coastal patrol, with a machine-gun mounted on the forward tabernacle.  Under the Ministry of War Transport Forty-Two remained in service until de-commissioned in July 1945. In November of that year Forty-Two was sold back to her original owner and re-registered with Lloyds.

In 1950 Forty-Two was one of a small group of vessels to make the first return to Dunkirk.

Norman West, now living in Shorne, Near Gravesend, refitted Forty-Two and replaced the original petrol motors with 52hp BMC diesels in 1958. In the early 1960's Forty-Two was sold to J E & D J Price of Orpington, Kent.  They were members of the Thames Motor Cruising Club and kept Forty-Two on a mooring in Rochester.

In the late 1960's F Mepham of Camberley became Forty-Two's third owner.  In the 1970's Forty-Two came on to the River Severn navigation and was bought in poor condition in Stourport Yacht Basin by Derek Bromige.  A complete restoration began which continued at the Severn Motor Yacht Club where Derek was a Flag Officer. About ten years ago the current owner purchased the vessel and began an extensive refit at Judges Boatyard, Hawford, Worcester.  Work included re-planking large sections of the topsides in Iroko and new laid decks which have subsequently been sheathed to prevent deck leaks.

The interior was largely re-fitted at the time and although some original joinery remains the accommodation would benefit from some re-planning and styling.

Companionway to stern deck and steps down to aft stateroom with upholstered seating to three sides, lockers, table, hatch to aft deck.

Heads compartment with wc and washbasin.

The opportunity to purchase one of the larger authenticated Dunkirk Little Ships is extremely rare. Forty-Two is undoubtedly a total project but offers scope to refit a period style interior or adapt to a liveaboard cruising style. The exterior of the vessel remains almost as built.  Archive photographs and letters on file from Forty-Two's commander in 1940.

A slice of history and a very worthwhile project.

Contact us to arrange a viewing.  Don't delay, the Operation Dynamo reunion is in 2015.  Refit her and be pride of place in the flotilla.